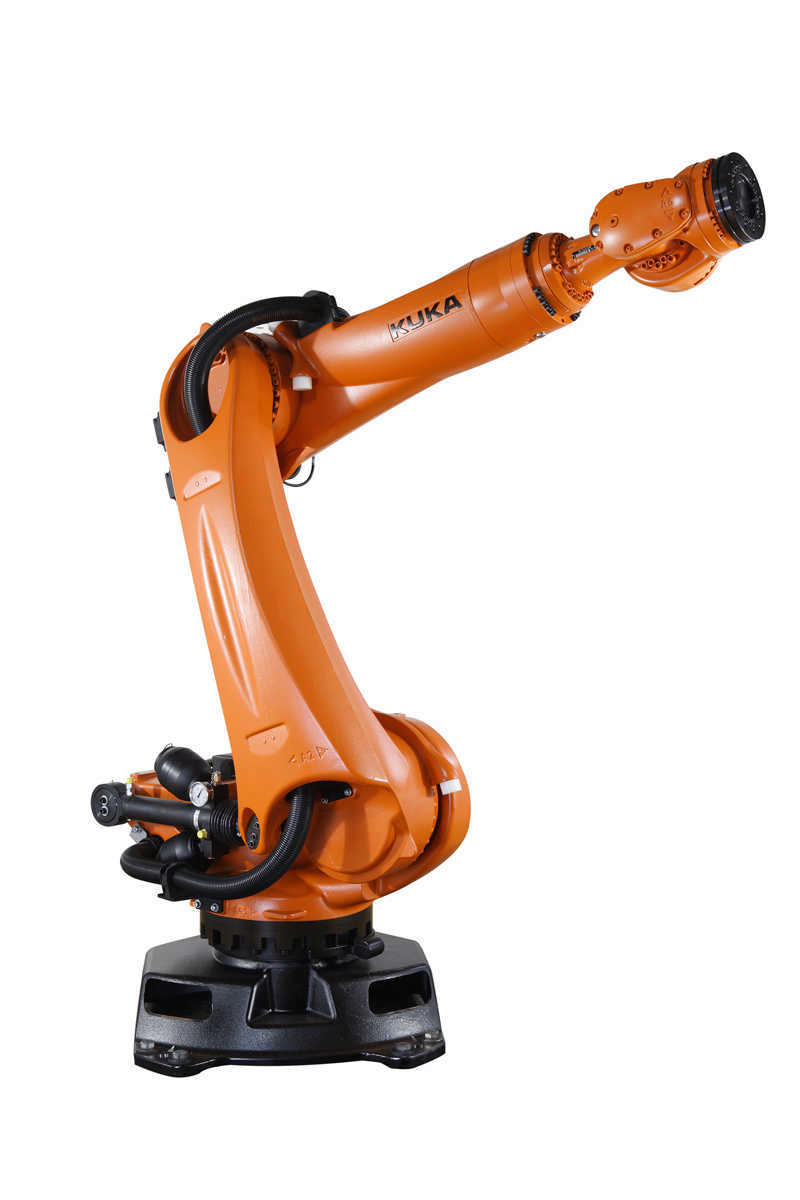 Updated August 2019: You can purchase KUKA products directly from our website.

We repaint and rebuild all of our refurbished robotics arms, as well as purge and replace the grease according to the manufacturer’s specifications.

We supply KUKA arms and wrists from a number of robots, including the following:

Most KUKA robotic arms are made up of 4-6 joints, and can be used for many different applications such as welding, material handling, material removal, and more.  Most KUKA robot arms are made from aluminum is built from the base up, ending with the wrist and whichever end effect is needed to help the arm perform its given application. KUKA was one of the first companies to use aluminum in robot arm design, which makes KUKA manipulators one of the fastest and lightest on the market.They also introduced a horizontal balancing spring on axis 2 before the other robot manufacturers, a design that has now been widely adopted.

Their large arms are typically used to lift heavy payloads are sometimes ran by hydraulic and pneumatic methods.

KUKA is known for their orange arms that have been used to build cars for Tesla and Porsche. They were also seen in the 2002 James Bond film Die Another Day.

MRO Electric and Supply has a warehouse full of many types of KUKA arms and wrists. Give us a call today if you need a replacement and we can usually ship you one same-day! You can also email sales@mroelectric.com for a quote.