Being a leader of the robotics industry for over 50 years, Kawasaki has developed one of the most complete lines of e-controllers on the market. All of these controllers are suited with a wide array of features including:

The E76/77 family of controllers are very compact and used for smaller robot arms. One of these arms are the RS003N Robot, which has a maximum payload of 3kg and has horizontal and vertical reaches of 620mm and 967mm, respectively. The controllers with these robots specialize in assembly and material handling applications. 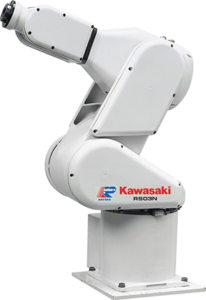 The E9 family of robotic teach pedants are also built very compact, however these devices are typically used in medium-duty applications. Unlike the other two families of controllers, the E9 family features an open structure system with a direct cooling system. However, like the E7 and E3 families, the enclosed structure with indirect cooling is an available option. The E9 family takes full advantage of the digital servo drive powering it to have a maximum payload capacity of 40kg.

E30/32/33/34 controllers at their base are very alike the E76/77 controllers but with more power. These devices are not as compact as the previous devices we have discussed, however the reason being they are highly expandable and are easier to maintain. Features such as Kawasaki’s K-Logic sequencer software allow the addition of up to 16 total controllable axes. The E3 family of Kawasaki e-controllers are able to handle the following maximum payloads: 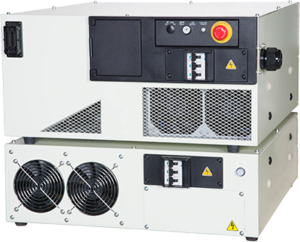 If you are interested in learning how to purchase the robot arm, the controller, or any other part/device that goes into an industrial robotic set-up, please call MRO Electric and Supply at (800)691-8511 or email us at sales@mroelectric.com and we will help you get what you need.

The 3HAC028357-001 is a modern ABB Robotics Teach Pendant designed to be used with the IRC5 Industrial Robot Control, one of the most popular robotics controls on the market. Also known as the “FlexPendant”, the 3HAC028357-001 is characterized by its clean, color touch screen-based design and 3D joystick for intuitive interaction.

The 3HAC028357-001 TPU (or teach pendant unit) is a hand held operator unit used to perform many of the tasks involved when operating a robot system: running programs, jogging the manipulator, modifying robot programs and so on.

The FlexPendant is designed for continuous operation in harsh industrial environment. Its touch screen is easy to clean and resistant to water, oil and accidental welding splashes. 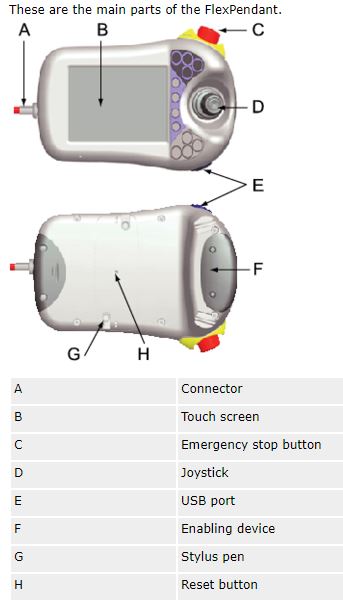 The standard cost for a new ABB 3HAC028357-001 direct from the manufacturer or authorized distributor is typically in the $6000-7,000 range. MRO Electric is able to supply these pendants at a much lower price point, and we warranty all of our robotics parts for 12 months.

Yaskawa Motoman, an American subsidiary of Yaskawa Electric Corporation, was founded in 1989 and since then have been able to get over 380,000 industrial robots, 10 million servos, and 18 million drives into automation systems around the world. Robots are the wave of the future and Yaskawa Motoman is at the top of this market. Using an automated robotic system in your work space will allow you to free up many other costs and resources that may not have been available before.  The key to efficiency is simplicity and using  Motoman Teach Pendants to give instructions to your robot makes that possible.

Teach Pendants are non-tethered devices that allow your robot to be controlled remotely. These devices are crucial for industrial robotics as they are not only used for assigning operations but they are able to edit commands, emergency stop commands, and even view past operations. Motoman Teach Pendants are split between the older models(ERC, XRC, MRC) and the newer models(DX and NX Series’). 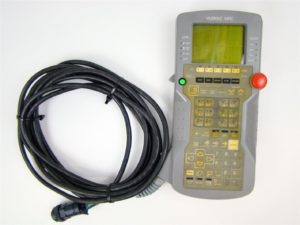 The older models such as the MRC, which came out in 1994, were able to increase the workload of an industrial robot by up to 300%. This was also the first time ever that a single teach pendant was able to control two robots at the same time. Four years later when the XRC model was released, it was a huge improvement as Motoman was able to add control of more axes and even up its synchronous control of two robots to four industrial robots. 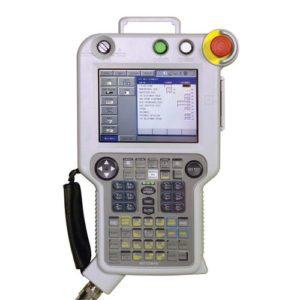 Later in 2004, the NX series of controllers was released. These devices featured Windows CE with a high-power processor, back-lit color touchscreen, built-in ethernet, and a huge amount of memory. A single teach pendant can control up to 36 axes and 4 separate robots. It’s Advanced Robot Motion control allows for the most accurate results. For information about the DX series, please visit one of our previous blog posts featuring the DX200 controller and Yaskawa’s new ArcWorld project.