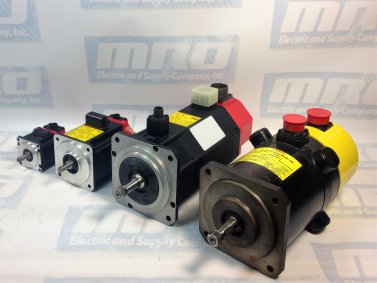 In the world of automation, whether we’re talking about factory or shop automation, understanding how to operate and maintain FANUC CNC parts is imperative. Several businesses and companies suffer from dreaded downtime because a team isn’t well-rounded; many team members may know how to manage machine operators, etc., but are unaware of how to operate a CNC themselves. For a manager, knowing and understanding exactly what to look for to avoid an operating issue starts with understanding the basics of CNC machining and programming.

CNCs originally started coming about in the late 1940s, not long after World War II as NCs (Numerical Controls). They were engineered to be a reliable, cost-effective way to manufacture and design an increased amount of parts for the aircraft industry. Based on already-existing modified tools equipped with motors that manipulated the controls, CNCs were quickly and abruptly built up with computers, both digital and analog. As time has gone on, CNCs have continued to evolve as technology evolves.

Early Numerical Controls initially lacked computers. They also lacked calculating ability, which is absolutely unheard of in today’s world. After the 1960s, numerical controls eventually gained calculating and computer functions. Onboard processing became feasible and, as a result, CNC machines came about. Via the initiation of CNCs, a handful of features were then attainable, fortunately, including canned cycles, tool length compensation, sub programming, radial compensation and tool diameter.

NC and CNC G Codes are referred to as preparatory codes. By preparing the machine to perform a specific function like, for example, rapid travel G0 / G00, the preparatory process is important to understand, as all of the stages of production are.

NC / CNC M codes are known as miscellaneous codes.  CNC M codes basically perform on and off functions such as:

Machine tool builders are not required to adhere to standards and every so often create variations to standard G codes and M codes. Occasionally design different, unique alternatives to orthodox G codes and M codes. Typically, the majority of CNC G codes are considered modal, which means they stay active until they’re changed. Along with understanding CNC codes, feel free to view another one of our articles focused on choosing a CNC to become as well-versed with CNCs as possible.

When a numeral is specified following address M, code signal and a strobe signal are sent to the machine. The machine uses these signals to turn on or off its functions. Usually, only one M code can be specified in one block.

In some cases, however, up to three M codes can be specified for some types of machine tools. Which M code corresponds to which machine function is determined by the machine tool builder.

Such M codes include these which direct the CNC to perform internal operations in addition to sending the M codes themselves to the machine. To be specified, such M codes are M codes for calling program numbers 9001 to 9009 and M codes for disabling advance reading (buffering) of subsequent blocks. Meanwhile, multiple of M codes that direct the CNC only to send the M codes themselves (without performing internal operations ) can be specified in a single block.

The M code group check function checks if a combination of multiple M codes (up to three M codes) contained in a block is correct.

Joe Kaminski is an industrial automation specialist at MRO Electric. He has a background in industrial engineering and supply chain management. Joe has worked in the automation industry for over 10 years providing support to some of the largest companies in the world. For more info, visit www.mroelectric.com.