In 1968, Dick Morley of Bedford Associates in Massachusetts designed the Modular Digital Controller, later dubbed the Modicon. After the Modicon 084’s initiation into the world, there was no looking back to those relay-based control systems. Be sure to check out our article covering Modicon PLC history to learn more.

PLCs are user-friendly microprocessor-based specialty computers that carry out control functions, many of which are of high levels of complexity. They are engineered to endure harsh and strenuous situations such as in heated, cooled and even moist environments. Used for automation usually in the industrial electromechanical space, PLCs are computers that deal with the controlling of machinery, often on  the following:

PLCs are programmed using a computer language. Written on a computer, the program is then downloaded to the PLC via a cable. These programs are stored in the PLCs memory. The hard-wired logic is exchanged for the program fed by its user during the transition between relay controls to PLC. The manufacturing and process control industries have gotten to take advantage of PLC applications-oriented software since Modicon PLCs inception. 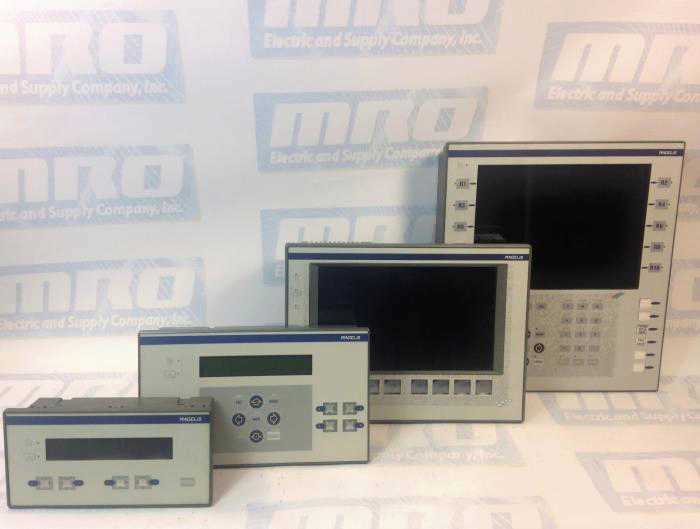 Understanding the different types of PLCs will be very helpful when looking into PLC security.

The numerous types of PLCs can be organized into three principal categories:

As security concerns remain in many professional spaces including the factory automation space, becoming up-to-speed with the different types of PLC Security is imperative. By creating and implementing an effective strategy to remain secure, you will likely avoid issues, downtime, and setbacks. Understanding the different types of PLCs will be very helpful when looking into PLC security.

PLC Cybersecurity: How the control network is linked to the internet, as well as other networks. A handful of PLC issues could likely involve the following:

MRO Electric and Supply maintains a comprehensive stock of Modicon PLC parts, including the Modicon Quantum series. Also, feel free to check out our repair and core exchange programs to learn how to save.

In order to create and implement training and procedures for staff, you must understand how issues with security occur.  Not all cybersecurity attacks occur from external hackers or scammers. In fact, experts believe that only an estimated 20% of all cybersecurity attacks are intentional and intended to be malicious. Whether you think it’s possible or not, an offended employee could indeed be your hacker. Almost always caused by software issues, device issues, and malware infections, cybersecurity seems straight-forward initially, until you dig into those fine, often overlooked details.

As many in the automation space may know, PLC cybersecurity wasn’t a thing a decade ago. These days, PLCs are connected to business systems through any run-of-the-mill network and aren’t separated from other networks that other automation equipment may also be on.  As time goes on, it’s becoming more and more common to see TCP/IP networking from a business system standpoint. By connecting via TCP/IP, data exchange, as well as more rational and scalable business decisions, is enabled.

In conclusion, when a security breach occurs, regardless of the specifics, understanding that time is of the essence will help smooth over most incidents. Trusting who has access to a control systems environment and thumb drive is crucial. If someone has access to the control system environment and thumb drive, ensure they’re well-qualified and up-to-speed with their team and/or company.