The Modicon Quantum series is manufactured by Schneider Electric and is a PLC system for process applications and high availability solutions. The quantum series provides well-balanced CPU’s that are able to provide leading performance from Boolean to floating point instruction. The CPUs have 5 IEC languages as standard, which include LD, ST, FBD, SFC, and IL the Modicon LL984 language to facilitate installed base migration. Schneider Electric’s Quantum CPUs are able to work at a high-level multitasking, which is aided by their memory capacity of up to 7 Mb using PCMCIA extensions. These PLCs are specially shaped for process control applications with conformally coated modules, and an extensive catalog of partner modules which allows them to be used in a range of environments. In order to manage safety integrated systems, safety processors and I/O modules help to complete the series. There are also options for plug and play high-performance Hot-Standby solutions with LCD keypad for local monitoring for ease of use. These Hot-Standby solutions have numerous built-in ports, which include a USB port, Ethernet TCP/IP port with a Web server, Modbus Plus and at least one Modbus serial port on the front panel. The Modicon Quantum series utilizes in-rack connectivity to Profibus-DP and an embedded Ethernet router for easy communications. If you need to increase the availability of your architecture the CRA and CRP Quantum Ethernet I/O modules (QEIO) are available. Thanks to the Modicon X80 drops, expand your architecture and integrate easily your distributed devices on the same network, such as HMI, variable speed drives, I/O islands and more.

There are many benefits to using the Modicon Quantum series over other similar PLC systems available in the market today. The Quantum series offers a large range of processors which are ideal for complex processes. The power of its processors results in optimum cycle times while integrating ever more communications functions, diagnostics, memory flexibility, and data storage. The Quantum Safety system is also now available, certified TUV Rheinland, which is simple to use and ready to be integrated into your automated system. The Quantum series has more flexibility which allows you to choose the best topology, daisy chain loop, ring, star, bus, etc. for the design of your Ethernet architecture. This flexibility allows for higher availability, which is aided by the Hot-standby CPUs and daisy chain loop topology which improve the availability of your process. In the case of cable fails, the recovery time is less than 50 ms for an entire Quantum Ethernet I/O architecture. The applications of the Modicon Quantum PLCs include process control, safety, infrastructure and many more.

We’re always keeping an eye on innovation, and a big trend in the PLC world is the move toward industrial ethernet communications rather than traditional networks. However, Bill Lydon (Editor for Automation.com) recently posted an article asserting that it’s going to be 15-20 years before industrial ethernet becomes the dominant market technology. In the meantime, customers are relying on networks like Modbus, Fieldbus, DeviceNet and others.

Modbus, designed by Modicon in 1979, is a request/reply protocol and offers services specified by function codes. Our Modicon Quantum Communications Modules utilize Modbus protocol to communicate with the drives and input/output modules on the same network, and has become so popular since its inception that many other industrial electronics also support the protocol. 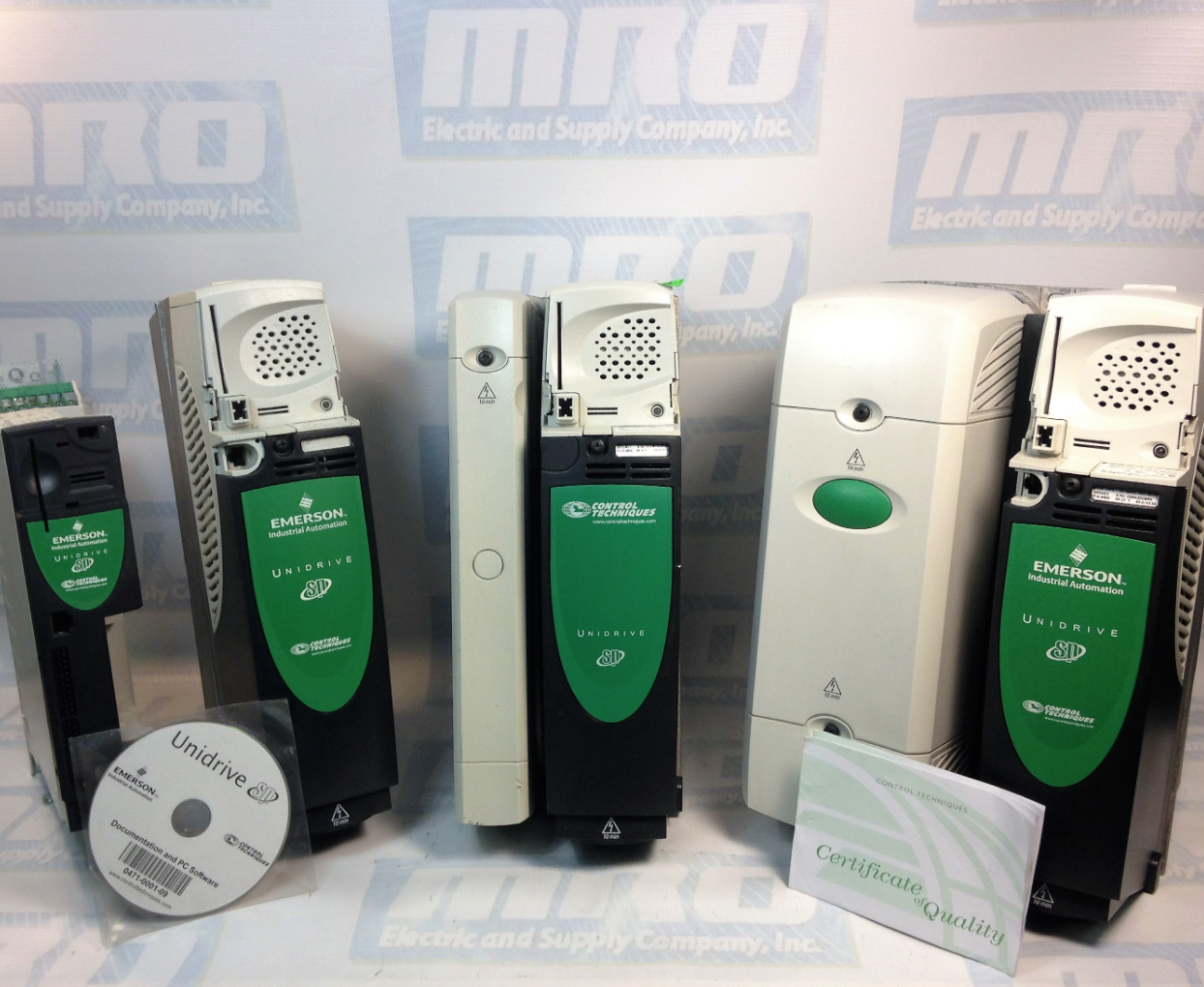 Unidrive Classics are going to trip at one time or another. Refer to this list of Unidrive trip codes next time your Uni1405 or other Unidrive is throwing a mysterious trip error.

A few notes on these Unidrive trip codes:

This article from Control Engineering offers a great preview of the future of manufacturing with PLCs. Ethernet connections allow for real-time data collection, which introduces great networking potential between workers and the machines. Because PLCs can be programmed to make decisions based on input variables, we can automate more tasks but still be confident that process variables are under control. The development and innovation of Modicon Quantum I/O Modules create the backbone of the PLC networking configuration.

Another exciting revelation in the article:

We can’t wait to see how users pair the networking capabilities of PLCs with infrastructure already in place on the factory floor.

Great news from our home state of North Carolina – the manufacturing company Oiles America is expanding their facility outside of Charlotte and increasing production capacity by 75%. From an article in the Charlotte Observer:

The project was completed to help increase manufacturing capacity and enable the company to expand its product line. Included in the expansion are increased research and development facilities, and renovations to existing office and warehouse spaces.

The project also will incorporate energy efficiency technology and occupancy sensors, and it has the potential to use solar energy in the future.